We offer a variety of treatment types. Our staff is knowledgeable and experienced and look forward to helping you with your recovery 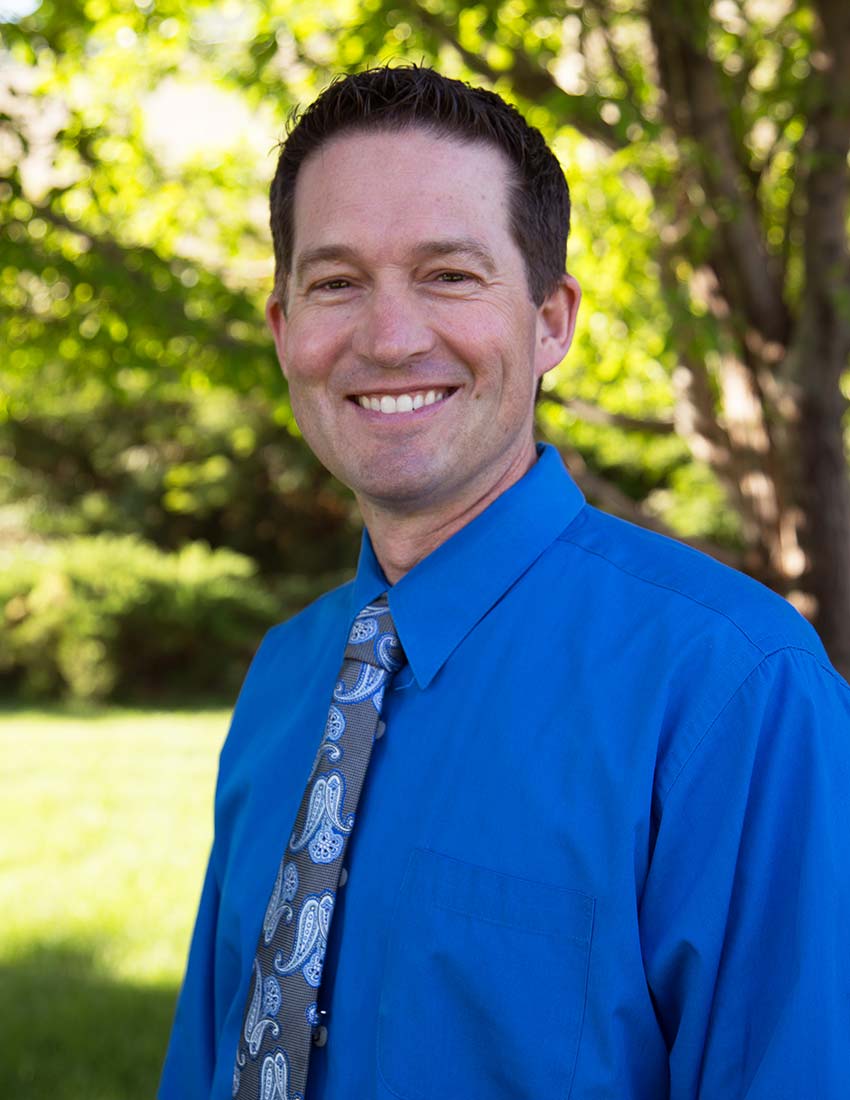 Bart McDonald is the President and owner of Superior Physical Therapy. Bart began his career at an outpatient clinic in Montana. He later worked at Bannock Regional Medical Center.

Bart graduated with his Master’s of Physical Therapy from Emory University School of Medicine in 2000. He specializes in knee, shoulder, and spine rehabilitation, Electromyography and Nerve Conduction Study testing and is ASTYM certiﬁed.

Bart grew up in Nampa, Idaho, is married and has three children. When he’s not working, he is spending time with his family, water skiing, or downhill skiing. 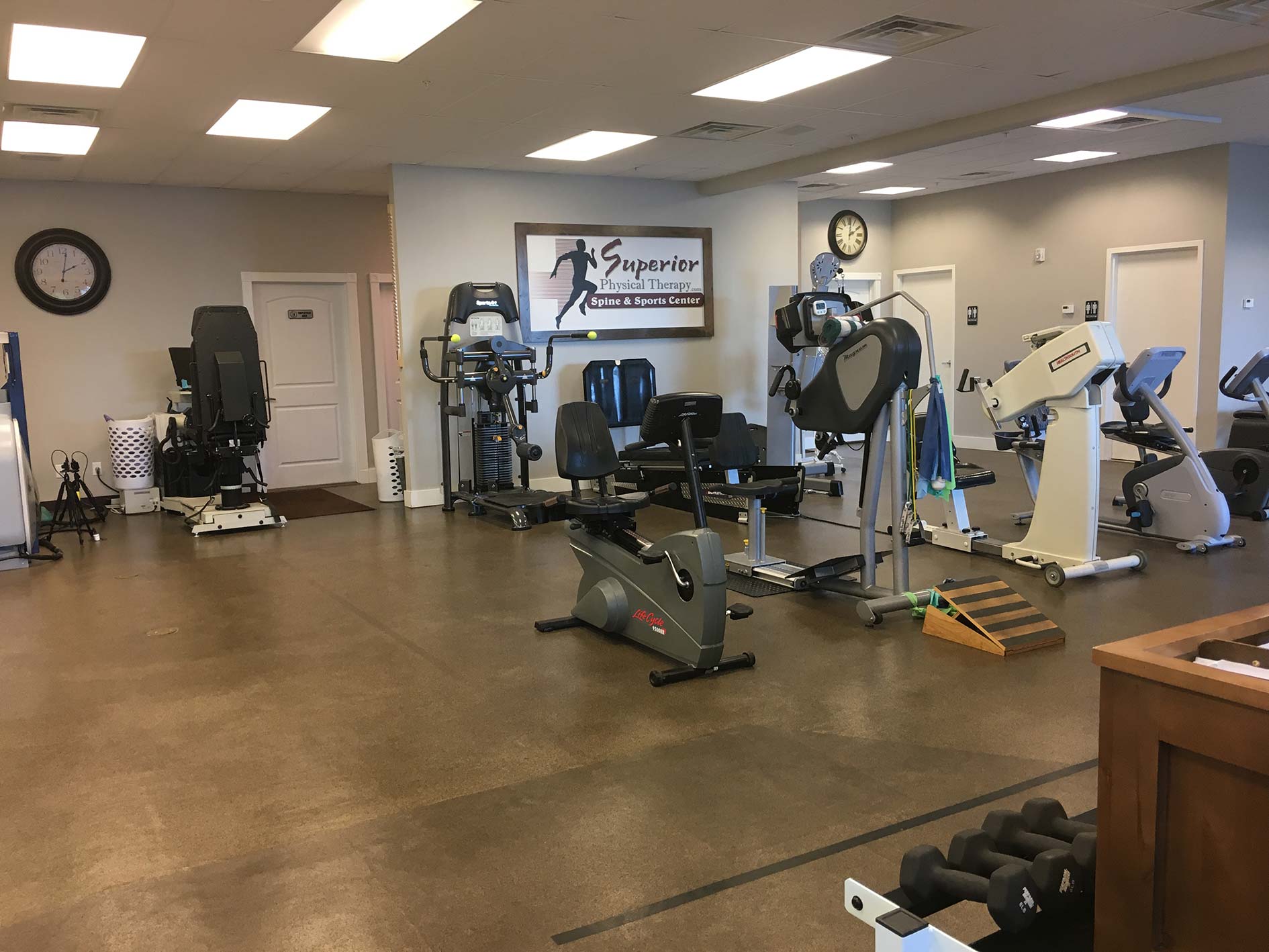 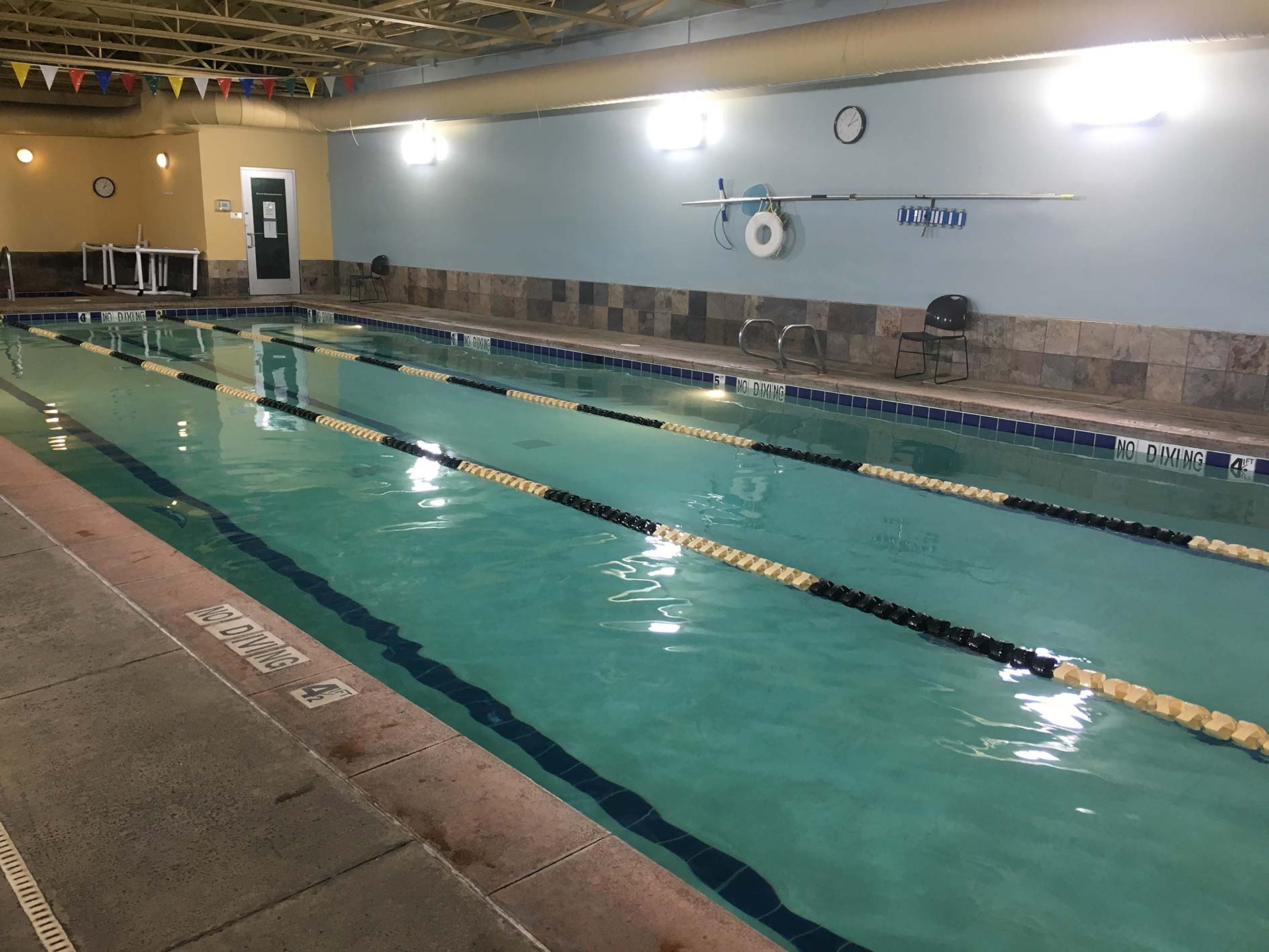 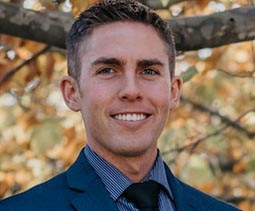 Jon grew up in Salem, Utah. He completed his Bachelors of Science in Exercise Science at Brigham Young University and his Doctorate in Physical Therapy at the University of Utah. He is also bilingual, speaking both Spanish and English.  Jon is passionate about treating concussion, neck and sport injuries, along with general orthopedic injuries. Jon enjoys spending time with his wife and two boys, and getting outdoors at any chance he gets. 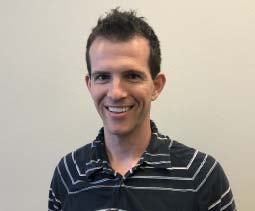 Aaron was raised in Tipton, MO most of his life. He graduated from the PTA program at ISU, May 2018.

Aaron has a background in personal training and massage therapy. He is a husband and father to 3 girls and enjoys spending most of his time with his family.

His hobbies include, family time, hard work, projects, computer technology, fitness/sports, and a good book. Aaron became interested in the health field at a young age and finds value in helping others get back to doing what they love. 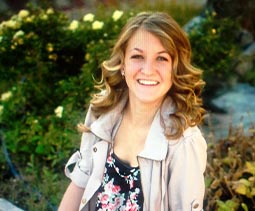 Lindsey graduated from the ISU PTA program in 2019. She first became interested in the physical therapy field when her father had knee surgery. She saw how much his condition improved because of physical therapy. Her hobbies include hiking, weight lifting, crocheting and reading. 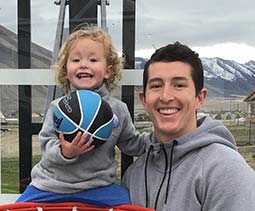 Jeremy has lived in many places, but calls Declo, Idaho home.  He earned his Bachelor’s degree at Utah State University and completed his Doctorate of Physical Therapy at Rocky Mountain University of Health Professions.  Jeremy served an LDS mission in Australia and returned home to marry his high school sweetheart Sydney.  They have two energetic boys, Griffin and Nash, with another baby on the way.  Both Jeremy and Sydney played basketball at the collegiate level, and they love most major sports.  Jeremy became interested in physical therapy as a patient throughout his sports career and finds joy in helping others return to the sports and activities they love. 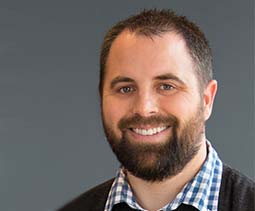 Dave is a native to Pocatello, Idaho.  He completed the PTA program at Idaho State University in 2019.  He enjoys working with patients and being able to assist them with meeting their goals.  He gained interest in physical therapy having been a patient a couple times and seeing how much it helped with his rehabilitation. Dave enjoys playing tennis, downhill skiing, spending time outdoors and traveling with his wife and two girls. 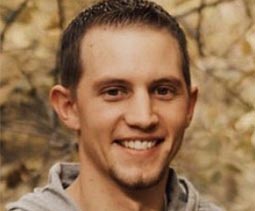 Dustin was raised in Downey, ID and attended ISU where he graduated from the PTA program and continues to work on his Bachelors of Health Science degree. He has always loved exercise and being active which lead him to this career. He enjoys helping people get back to the things that they like to do and improving their overall health. Outside of work, he enjoys spending time with his wife and two kids, dirt biking, camping, and water skiing. 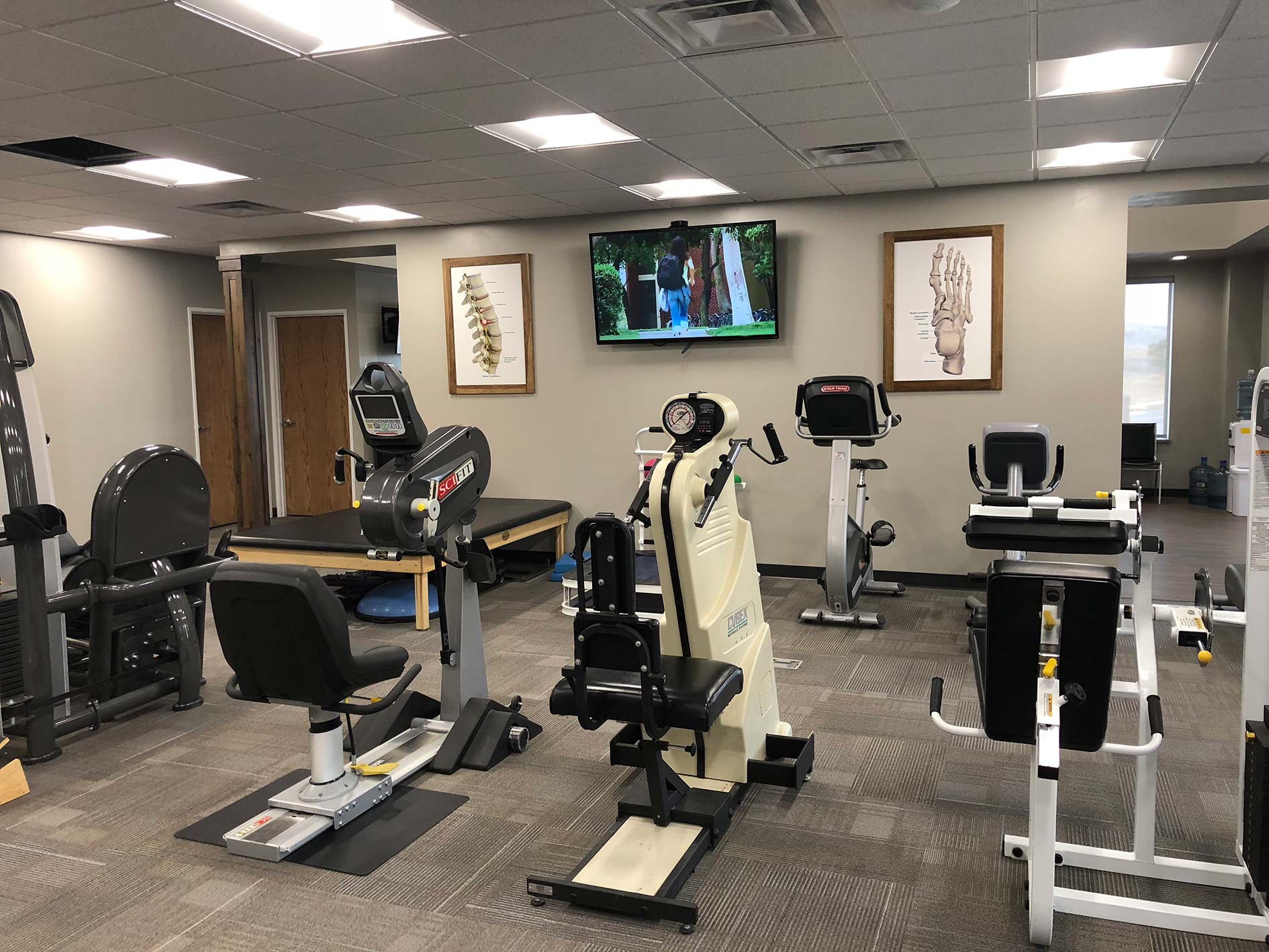 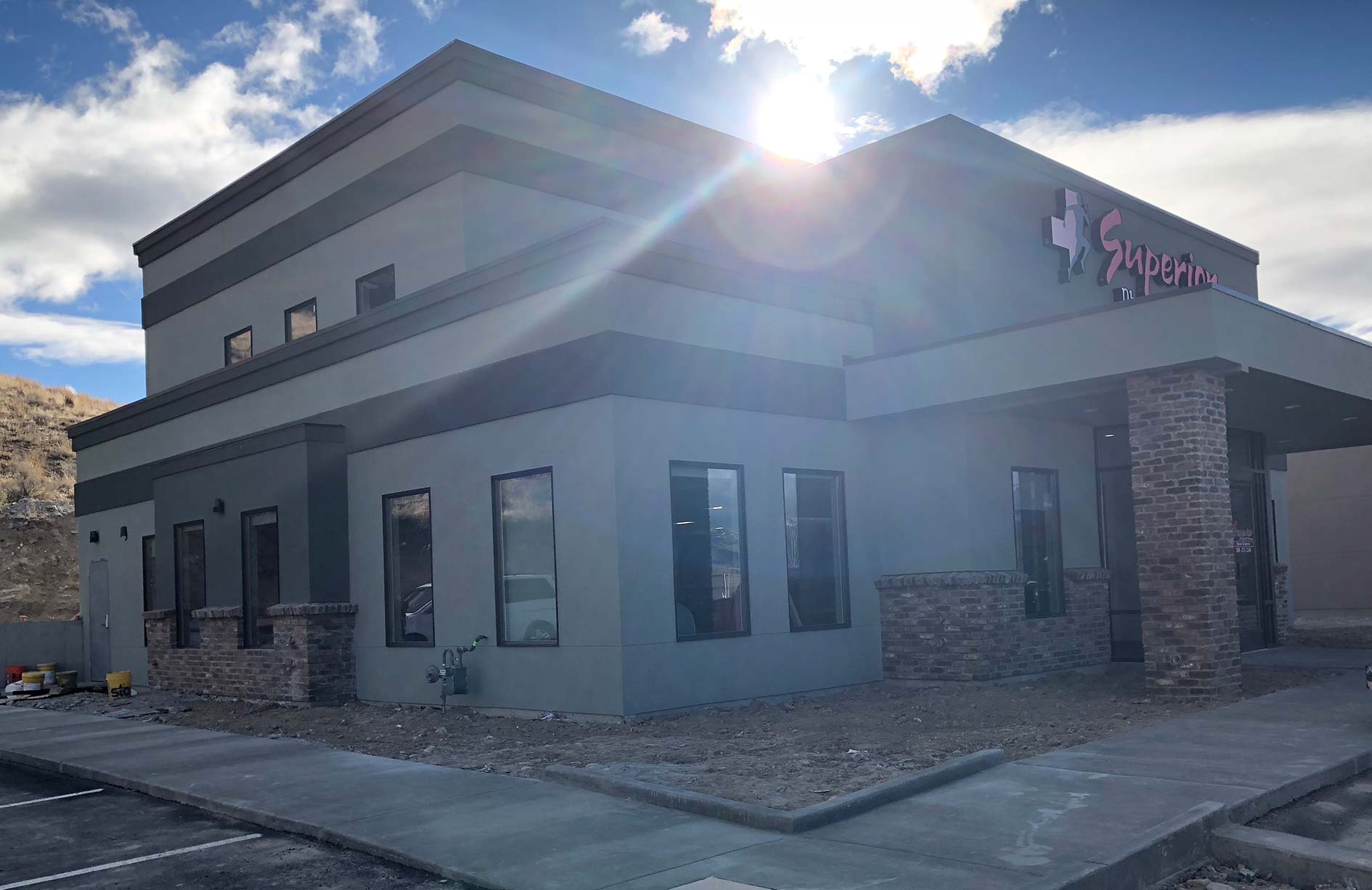 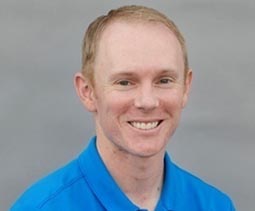 Andy grew up in Pocatello and lived and worked in Twin Falls for three years. Andy enjoys working with orthopedic patients and those suffering from neurological conditions.

Outside of work Andy enjoys spending time with his wife and two sons exploring Idaho, biking and skiing. 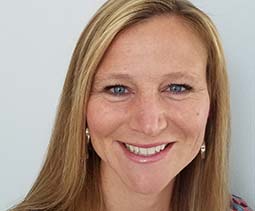 Penny is from Middleton, Idaho. She graduated with her BS in Physical Education from Idaho State University in 2005, and attended ISU’s Physical Therapy Assistant Program graduating in 2019.  Penny is an avid runner and has run 26 marathons, winning 12 of them! Penny is married with four awesome kids. She was formerly the assistant cross country coach at Highland High School and is a member of the Chubbuck Lions Club. 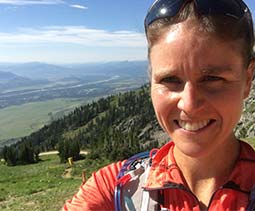 Carolyn was born and raised in Northern Illinois. She earned a PhD in Biological Sciences from Louisiana State University in 2009. After working 7 years as a research scientist and professor, Carolyn’s love for science and passion for physical activity lead her t return to graduate school to study physical therapy. She attended Des Moines University and graduated with a doctorate in physical therapy in 2019.

Carolyn enjoys working with orthopedic patients as well as those suffering from neurological conditions. Carolyn has three years of clinical experience in running gait analysis and has a special interest in rehabilitating and preventing running injuries. While at Des Moines University, she performed research in validating gait analysis protocols and worked for an expert in treating plantar fasciitis. She coauthored a publication demonstrating the strong linkage between low back pain and plantar fasciitis. Carolyn enjoys treating patients from the ground-up, top-down, inside-out and outside-in to improve overall physical and mental well-being and assist them in achieving their personal goals.

Outside of the clinic, Carolyn enjoys road biking, running, triathlon, duathlon and especially trail and mountain running. She believes that ski hills are best experienced in summer, in reverse, while wearing running shoes. 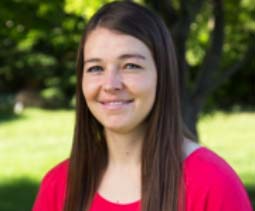 Desirae graduated from the Idaho State University Physical Therapy Assistant program in 2016. She enjoys working with all types of patients and learning new techniques to treat each diagnosis.

Desirae grew up in McCammon, Idaho on a small family farm and has seven siblings. She’s married to her best friend and they have two dogs.

When she is not working she enjoys spending tie with her family, riding dirt bikes, being outdoors and playing sports. 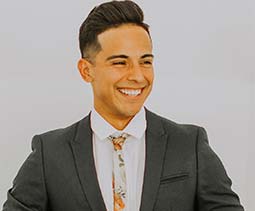 Marcial Rodrigo Lemos, “Rigo” grew up in Aberdeen, Idaho and later moved to Pocatello to pursue his education in physical therapy.

He attended Idaho State University and graduated with a Physical Therapist Assistant degree. 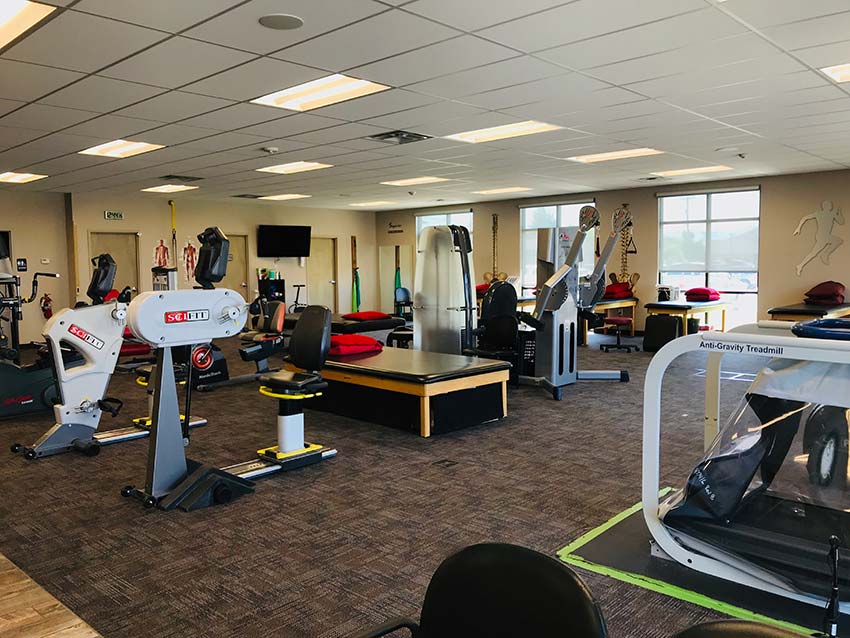 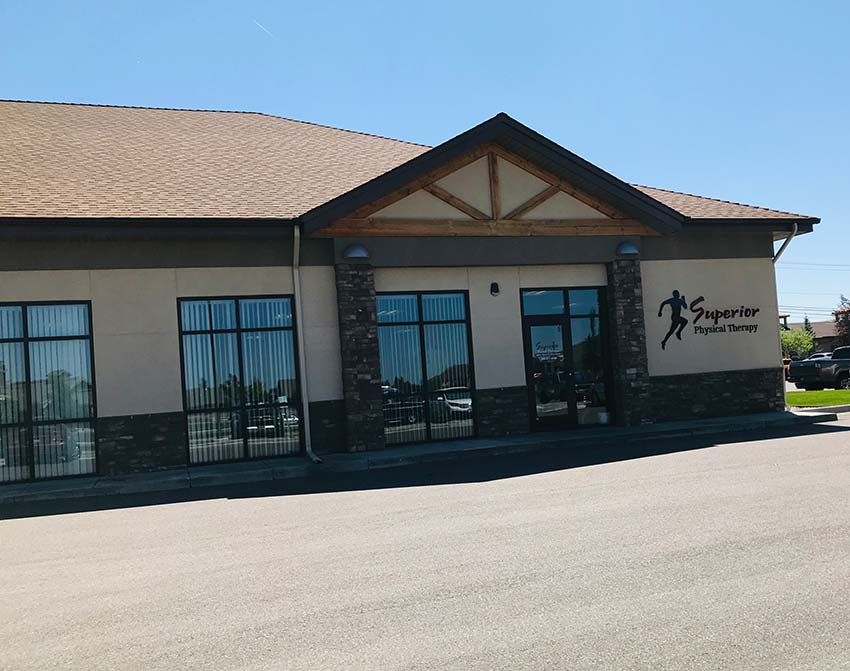 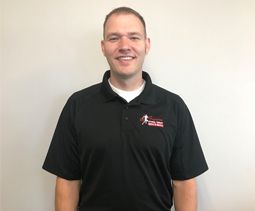 Clark grew up in Rexburg, ID. He graduated from Brigham Young University with a Bachelors in Biology. While in Provo, Clark married his best friend Andrea Dalling, who is from Hamer, Idaho. He then attended Idaho State University where he received his Doctorate in Physical Therapy in 2012. Clark and Andrea have three beautiful daughters and one handsome son. Clark enjoys backpacking, skiing, working in the yard and spending time with his family. Clark treats a variety of patients but he specializes in orthopedics, treating conditions of the spine and doing total joint rehabilitation. 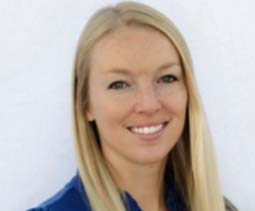 Emilie was born and raised in Ririe, Idaho. She received a Health Science degree from Boise State University and later attended Idaho State University where she earned her Doctorate of Physical Therapy.

Emilie was inspired to enter the field of physical therapy after learning that it’s the perfect combination of hands-on exercise, and knowledge of which tools to use in order for people to regain health, function and independence. Emilie is certified in Women’s Health and speaks Spanish.

Outside of work, Emilie enjoys spending time with her husband and son, biking, running, rock climbing, swimming and just being outdoors. 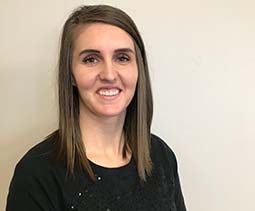 Brooke Randall was born and raised on a farm in Wilford, Idaho. Staying busy and being involved in sports and organizations has been a part of her life since a young girl. Brooke is an animal lover and is particularly fond of horses and pigs. Brooke attended Utah State University where she earned her Bachelor degree in Human Movement Science. She recently completed her Physical Therapist Assistant degree at Idaho State University in May 2018 and began her PTA career at Superior Physical Therapy. Working in physical therapy brings joy to Brooke as she helps others get back to doing the activities they love and improving their quality of life. Brooke and her husband have two handsome sons. When she finds a spare moment, Brooke is the most happy spending time with her family and going on outdoor adventures. She also likes to run, read, and cook new recipes. 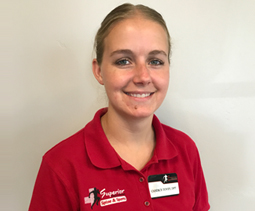 Candice graduated with her Doctorate of Physical Therapy from Idaho State University in 2014. She has spent her time primarily in orthopedics, but enjoys seeing a variety of conditions. She is pursuing an education in Women’s Health and Pelvic Floor Rehabilitation. She is from the small town of Hazelton, ID and enjoys spending time with family, enjoying the great outdoors, and playing with her pups! 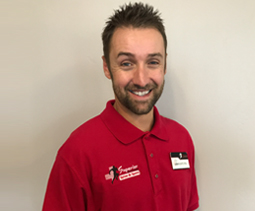 Aaron graduated from the Idaho State University Physical Therapist Assistant program in May of 2017. Other education includes a Bachelors of Science in Psychology (University of Idaho 2004) and Health Science (Idaho State University 2017). Clinical experience in both outpatient services in Butte, Montana and inpatient in Idaho Falls. Aaron enjoys an active lifestyle involving daily exercise, whitewater, hiking, gem hunting, and a healthy taste for danger (especially outdoors). He is from Idaho Falls and is the proud caretaker of 6 cats, 3 dogs, and several fish. 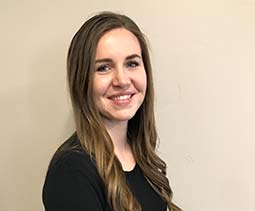 Chynna was raised in a small farming community in southern Idaho. She received both her Bachelor’s degree in Health Science and Physical Therapist Assistant degree from Idaho State University. She has spent most of her professional career in orthopedics but also has experience with home health and pediatrics. Chynna has loved working with every age group and is excited to continue to build on her orthopedic/manual therapy skill set. Chynna’s hobbies include playing recreational team sports, attending sporting events, hunting/hiking with her husband, and being with her family. Chynna is wife to a busy helicopter pilot (Kameron) and a mother of two active girls (Kacelynn and Rilynn).

Why we do it

We are committed to helping each patient get the most out of their physical therapy.

We pride ourselves on providing the highest-quality wellness and rehabilitation services available. With our coordinated approach to health and wellness you will see results you never thought possible. Our experienced physical therapists, physical therapist assistant’s and massage therapists will give you individualized treatments and attention. We offer a variety of treatment types at Superior Physical Therapy. Our staff is knowledgeable and experienced and look forward in helping you with your recovery.

Send Us a Message